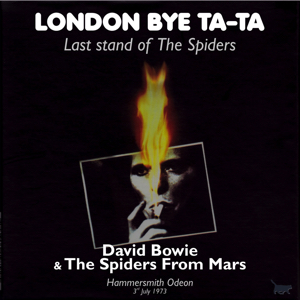 The original video [VIDEO#1] was used as the main source, but this lacked the introduction, Mike Garson warm-up, Jeff Beck section, and a few other bits and pieces.
It was also split by the back stage sections. Another thing that became very apparent as soon as I started working on it was the speed. The DVD runs at slightly more than 4% faster than the CD, all but Suffragette City that is, which runs at the same speed. I wanted to use the CD audio and it made no sense to change the speed of the audio to match the video when it seemed to me that it was the video soundtrack that was wrong. So I changed the speed of the video.
The aim of this project was to create a video that followed a continous soundtrack of the evening. I was at the Bridlington Spa show 5 days earlier and this is as near as I’m probably going to get to reliving that night.
I started with the piano tuner, because I quite liked that bit and it obviously had to be the earliest part, and I also thought it made a good opener for the video.
The rest is as best as I could get to a recreation of that evening in July 1973.
The Ziggy Stardust Companion (5years.com) places Beethoven’s Ninth Symphony at the beginning before the introduction and Mike Garson warm up, but that just didn’t seem to work for me. The companion itself says that Bowie left the dressing room for the stage as it could be heard playing in the background, he would have been at least 10 minutes early if it had been played before the introduction. The band can also be heard coming on stage in the background and I can’t imagine them all standing around watching Mike Garson and then launching straight into Hang Onto Yourself. So I have put it where it is on the CD, directly before Hang Onto Yourself.
[VIDEO#2] was used for the Jeff Beck section and the other gaps in the video have been filled with bits from the various video sources.
The main audio track I have used is the CD [AUDIO#1], the rest is patched with the various audio sources. A certain amount of processing has been done to try to match up the sound of the different sources, but we have a saying, “you can’t polish a turd”. Hope you enjoy the last stand of The Spiders. 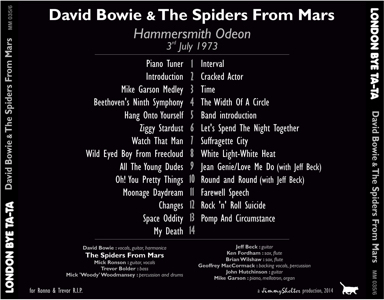 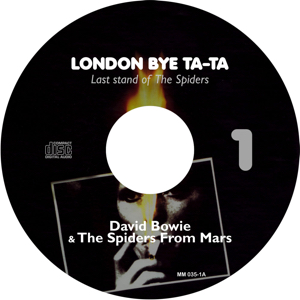 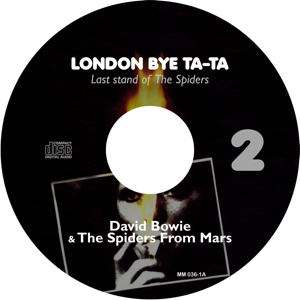 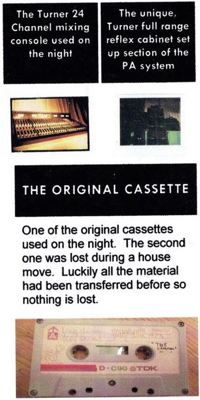