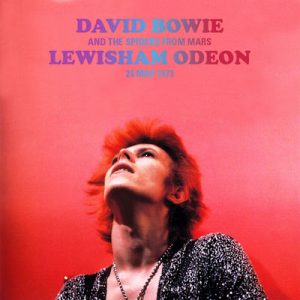 Part of The Concert
03. Intro
04. Hang onto Yourself
05. Ziggy Stardust
06. Medley
– The Wild Eyed Boy From Free Cloud
– All the Young Dudes
– The Pretty Things
07. Moonage Daydream
08. Changes
09. Space Oddity

“This is from the Aladdin Sane album, it’s called Cracked Actor” is received with hysterical crics from the frantic British audien­ce. This is the first concert in which the substilu­tion for the Quicksand med­ley is played – in my opinion it is less good. 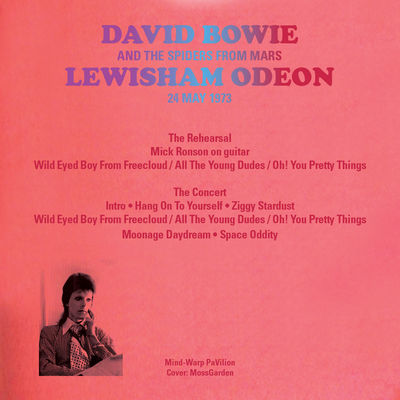 This is from a tape I was told was the master, or lowest gen recording. The rehearsal circulated despite being told I was getting something that hadn’t been distributed at the time I got this, but I’m not sure the gig has?

The last I read on the topic is that the gig recording that circulates is average quality, but the recording here, while incomplete, is a lot better than that – it’s very clear indeed.

Whether or not this is something exclusive or not, let’s get some more Bowie circulating : the more that people seed slightly more unusual items, the more likely that others will follow.

Aside from some more unusual Bowie items (why hang onto them? no-one pays out for such things these days!), can anyone share this?