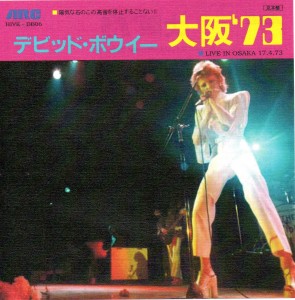 Disc 6 was recorded at Koseinenkin Kaikan in Osaka on 17th April 1973 and, as always, is part of the concert only. This is a huge improvement in sound compared to the wretched Hyogo and Osaka bootleg. It’s got whistly reverb for large parts of it, but it’s a perfectly decent listen