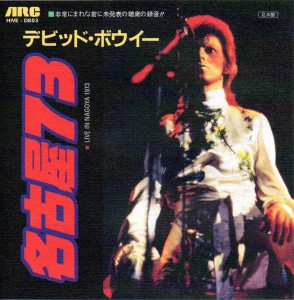 Disc 3 was recorded at Kokusai Tenji Kaikan in Nagoya on 12th April 1973. The Aladdin San’ In Nagoya boot came out a few years back, with a layer of hiss throughout – which was addressed in the Hunky Geordie release Dead Roses (q.v.). Somehow Hive seem to have added even more hiss here, however: the sound is awful, just hiss and rather crackly behind it. Disappointing.