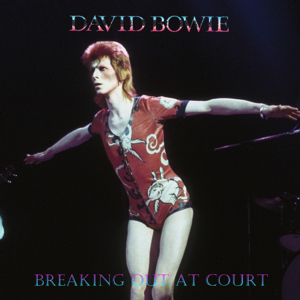 This tape has a great historical value:
this was the beginning of a long tour through the UK and it was a downright disaster. Since it was a ground level stage most people were unable to see Bowie and the Spiders come on.
While Bowie was playing people were getting up from their seats and pressing forward, trying to secure a spot with a better view.
This resulted in quite a stampede,with people being trampled under foot and fights breaking out. From the galleries one had a slightly better view,but the sound was rotten too: only nearby could the music be heard; at the back and on the galleries it was not much more than a vague rumbling.
All this upset Bowie,and after a couple of numbers he left the stage in upper confusior Someone of the road crew came and tried to calm down the audience.

“The second time I saw Bowie (not forgetting the Spiders) was at Earls Court at start of the 1973 tour…Most memorable moment?…having a seat about 3 miles away from the stage and after crawling over, under and through what seemed like a hundred rows of seats, ending up slap-bang centre of the stage, watching David trying hard to keep his knee length boots up (white mini kimono outfit) and finally giving up with the gold lipstick that was nearly sticking his lips together (he wiped it off on his sleeve!) and him spotting me surrounded by screaming girls, he pointed at me and smiled the most heart warming smile I’ve ever had smiled at me.” – Colin Richardson (2002)