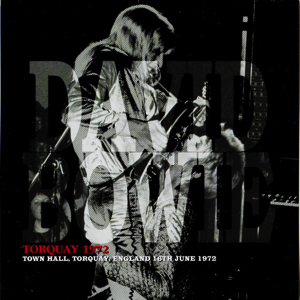 Torquay 1972 is being advertised and distributed as a brand new tape source from the June 16th, 1972 show at the Town Hall in Torquay.
However, it is a tape from the Friars Club in Aylesbury on July 15th, about a month later.
Wardour have been in production for several years and have never made a mistake or deception before and one can only assume they were mislead themselves.
This is also being advertised as having “great sound,” but in reality this is a poor to fair recording very distant from the stage and thin sounding.
There are a couple of small cuts on the tape including one after “Queen Bitch,” “I Feel Free” and “Suffragette City.”
This is an interesting tape for historic purposes and something no Bowie collector can live without.

David walked on stage and said “Alright , I’m David Bowie and this is some of our rock.” He announced ‘I feel Free’: “This is a song from a long time ago. It’s written by Jack Bruce and Keith Brown. It’s called ‘I Feel Free’; 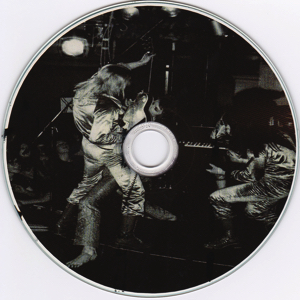 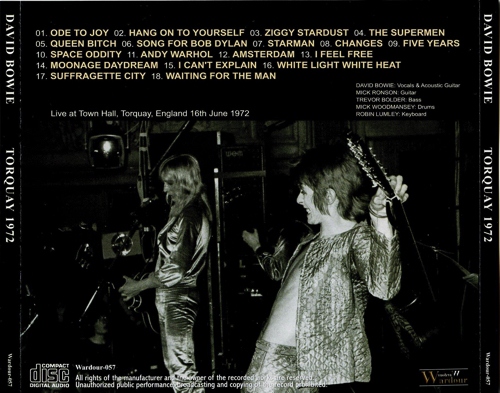 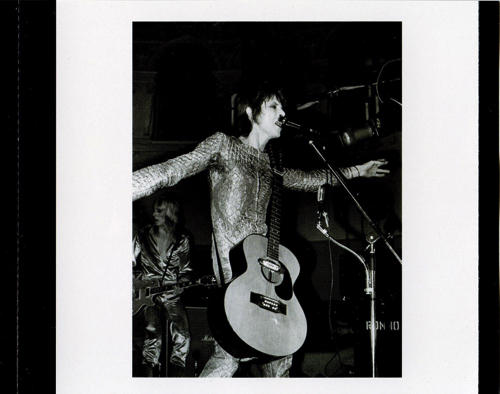