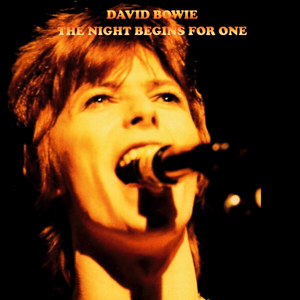 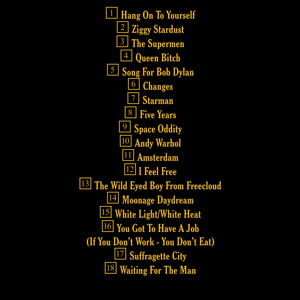 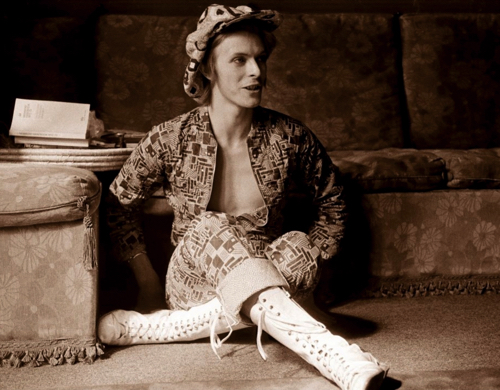 This show is one of the most sought after. It was rumored to be around in “certain circles” for quite a long time and only one song was open to a wider public until now: Gotta Get A Job. So .
The show itself is really great and soundwise it is close to the Kingston Polytechnic from one day earlier.
It is a bit annoying that there are cuts between the songs but there always things to complain about. It’s simply another great document of the early Ziggy phase with powerful versions of Moonage Daydream (David shouting all his passion out) or Waiting For The Man with a mind-blowing guitar solo of Mick Ronson.
Also he performs some tracks only present in the early Ziggy phase like I Feel Free or Gotta Get A Job/Hot Pants.