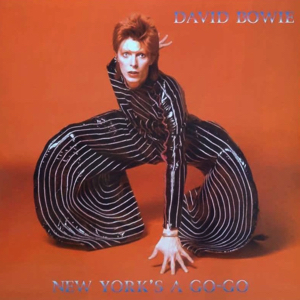 Set List
A1. Intro
A2. Hang Onto Yourself
A3. Ziggy Stardust
A4. Changes
A5. Soul Love
A6. John I’m Only Dancing
A7. Drive In Saturday 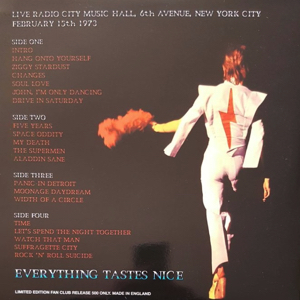 Another great concert:
After the beatifully sung My Death,the film of the cosmos rushing at high speed towards the audience was again produced,accompanied by all kinds of space sounds. The audien­ce’s response to this is quite funny: lots of “Oh my god”s and some one says “Oh god,I have never seen anything like it!”. The film charges into Supermen ,this time in a special perfor­ mance: Bowie sings the first lyrics and then the band join in. Very good!
Bowie announces the new songs of Aladdin Sane. “That was called Aladdin Sane. This is called Panic in Detroit,which was written in Detroit” Bowie says,and immediately afterwards a man from the audience can be heard to shout “When’s your album corning out?”. But there is no reply from Bowie! 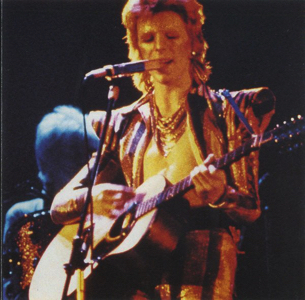 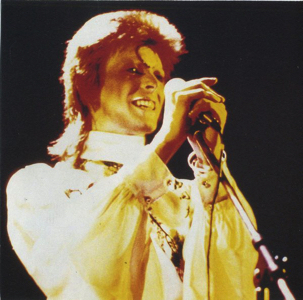 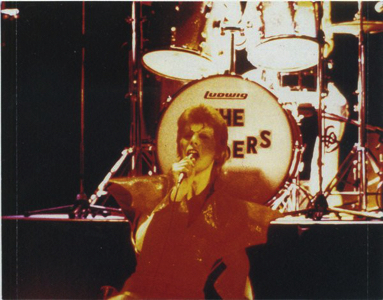