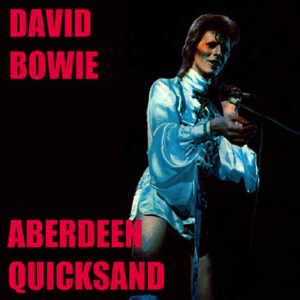 A very rare tape.
This was the first out of seven shows to be given in Scotland,and Bowie’s first concert following the débacle of Earl’s Court four days earlier. Now it was up to him to disprove all the negative reviews on Earl’s Court with sueh headings as “What went wrong?”,”Drive-out Saturday”, “Bowie fiasco” and “To see or not to see”,and convince the audience and the media that his show was OK. Many reporters were present,and just as the rest of the audienee,when they left the hall they were overwhelmed and fully satisfied,for Bowie had given them I,5 hour of nothing but fireworks. The fans werc hysterieal,the sound was perfect,and there was none of thc problems that had harassed Earl’s Court. Nor did any arise throughout the rest of the tour. In Earl’s Court Bowie had played 24 numbers ,about all he had in store for this
tour – 16,17 or 18,a selection from those 24,was what he usu­ ally played.