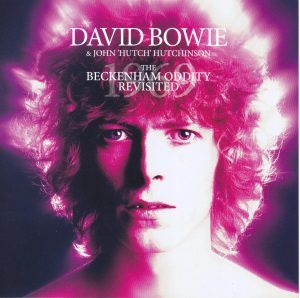 As the third installment of the early Bowie archive series “DBAS”, a super best album of shock appeared. This is kind of ………… too much.
What is stored in such an impact board is, in fact, a well-known and famous sound source. A demo recording known as “The 1969 FOXGROVE ROAD TAPE” and “THE BECKENHAM DEMO”, and “The Treasures of the Phantom Band THE FEATHERS” “The Origin of SPACE ODDITY”. It is the highest peak ever.

Anyway, the super-super sound that the shock runs through. It is totally unknown whether the official release is planned, but I hope you realize that there is no wonder …. It is a secret that we can not help but hopefully knowing that a line is wrong. An amazing album that can only be called cultural heritage. Please experience it with the permanent preservation press CD.

(Remastered note)
★ I corrected it because the pitch was about 40% higher than semitones.

★ Without a doubt, the best Bowie title of the year. An unprecedented upgrade board! … this is an incident! !