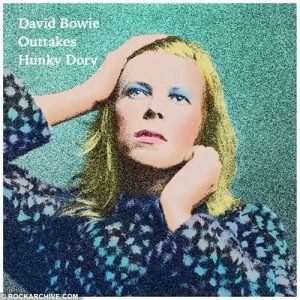 “Looking for a Friend” (Bowie): This song was also recorded at the Trident Studio Ziggy sessions for THE RISE AND FALL OF ZIGGY STARDUST AND THE SPIDERS FROM MARS (1972). There are three versions of this song. The first (BBC radio version) had been performed by Bowie on John Peel’s In Concert radio show on 5 June 1971. A studio version (Studio Version #1) was recorded on 17 June 1971 to be the follow-up single for the Arnold Corns project (later made available as the single “Looking for a Friend/Hang Onto Yourself/Man in the Middle” Krazy Kat 12″ PAST 2 Norway (May 1985).

“Shadow Man” (Bowie): Also titled “The Man” this song was originally recorded by Bowie at Haddon Hall in May 1970 and at Trident Studios on 23rd April 1971. A third version was recorded at Trident Studios on 14 September 1971. It has never been officially released. However, it can be readily found on CD bootlegs and is has a very similar chord structure to “Quicksand”.

“Something Happens” (Bowie): This was the title of a song mentioned by Bowie in a radio interview in 1971 and scheduled for inclusion on the fore-mentioned planned (but never completed) bridging album between HUNKY DORY (1971) and THE RISE AND FALL OF ZIGGY STARDUST AND THE SPIDERS FROM MARS (1972). A version was recorded at Trident Studios on 14 September 1971. A very poor quality version of this song is said to circulate amongst collectors on tape. It is said that the song would have fitted well into the Ziggy concept and that it is similar in nature to “Sweet Head”. Part of the lyrics are reproduced below: