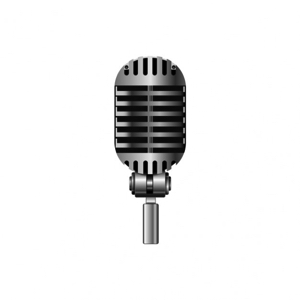 On June 5th 1964, Decca label subsidiary Vocalion Pop released a speculative single called ëLiza Janeí by new band Davie Jones And The King Bees. When Jones became Bowie the following year he was only just setting out on the long road to success. It would take another seven years before the singer/songwriter finally began to make a significant move onto the world stage with character Ziggy Stardust.

Here then are all three shows ñ an interview with George Underwood, followed by regular Channel Radio presentersí Phil Lancaster and Bob Solly, each with a variation on their normal programme as each remembers the days when they played and recorded in the same bands as David Bowie

Artist George Underwood is one of Davidís oldest friends. Their friendship dates back to the late 1950’s, when both were about 10 and were just about to enrol in the local Cub Scouts. George and David shared their earliest bands together too. In fact it was George who got David into his first band The Konrads while they were still at school.

Wasting little time, soon after leaving school David made contact with a trio of musicians from Fulham and guys slightly older than David and George and who were keen to team up with them and play the blues (though actually had little to no experience of the blues before David and George joined them).

George talks about the band, the few gigs that they did, early TV appearances often with blues legends David and George adored, and much more.
Check out Georgeís personal website too: www.georgeunderwood.com

East London born Phil Lancaster would join Davidís third band, The Lower Third in 1965. Probably Davidís most blatant Mod statement and more than a little inspired by The Who and The Lower Third recorded two more singles with David. But just as had happened with The Manish Boys, this new union was also short-lived and lasted for just under a year.

However, during that time they continued to give David valuable stage experience, and would share billing with some of the top acts of the day, including The Who.

Like Bob Solly, Philís regular show is broadcast on Channel Radio every Saturday afternoon and his time slot of 2-3.00pm takes you right up to the start of Bobís show.

Realising that The King Bees were not going to make it – even though their first single Liza Jane had just come out and they were still promoting it, David had already given up on it and was looking for a new band. Through his first manager Les Conn ñ who had helped secure that first record deal ñ David was introduced to Thanet based band The Manish Boys.

As the band were based in and around Maidstone in Kent, David had to spend most of his week there, sharing rooms with his band mates and rehearsing with them practically non-stop. Gigs with The Manish Boys were far more numerous than those with The King Bees, and Bob provides some insights into that special time when David Jones joined and became a fellow Manish Boy for about 10 months. The show also features a phone-in Bob Solly’s Rare Record’s Show runs every Saturday from 3-5.00pm.