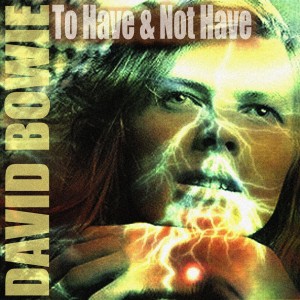 Label : DB – THANH001
Audio Source :
Lineage : Unknown
Taping Gear : Unknown
Taper: Unknown
Recording Location: Unknown
Total running time : 0:43:50
Sound Quality : very good. Equals record or radio apart from a slight noise and some dullness.
Attendance : Unknown
Artwork : Yes
Track 2 : was ommited from the original FM broadcast as there is a minor tape glitch on this track at around 0:29 but despite this it’s an amazing version.
Tracks 3 & 4 : were originally short-listed for use on the Trident/NMC compilation “RarestOneBowie” but not used.
Track 6 : is performed by The Astronettes. It’s an alternate mix to the finished version that appeared on “People From Bad Homes”. It has some nice Bowie bits, especially around 3:01 when Bowie can be heard telling the band what parts to sing.
Tracks 7 & 8 : were mastered in the early 90’for EMI/Ryko’s re-issues but were rejected. 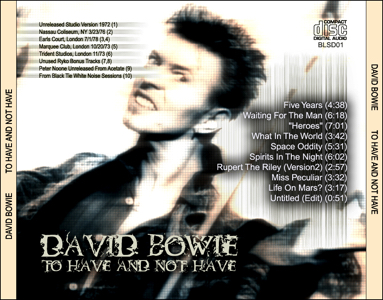 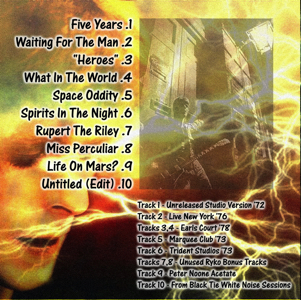