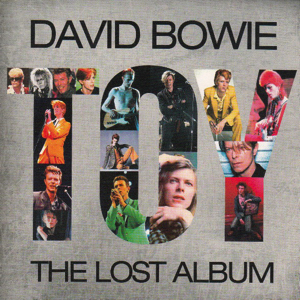 ===========================
COMMENTS:
The “Toy” album, featuring a lot of songs from Bowie’s early career, re-recorded in 2000-2001 (in addition to newly written songs)
was scraped for release in the last moment. Apparently, Bowie wasn’t satisfied with it. He later wrote new material and went to
the studio again and came out with “Heathen”. Meanwhile “Heathen” is superiour to “Toy” in my opinion, “Toy” is still a real fine
album. Over half of is even *very* fine, I’d say, especially Uncle Floyd (alternate version of Slip Away), Toy, I Dig Everything
and You’ve Got A Habit Of Leaving. The last 4 tracks on the disc doesn’t do much for me, though.