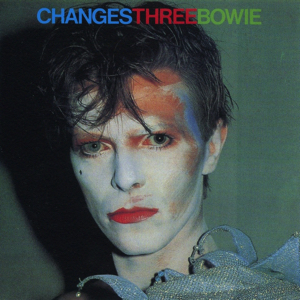 Label : No label > PD81989
Audio Source :
Lineage : Unknown
Total running time : 1:07:08
Sound Quality : very good. Equals record or radio apart from a slight noise and some dullness.
Artwork : Yes
Note : All these recordings were made during the period (post late 1965) when he was professionally known as David Bowie, dating from 1969 through to 1977.

A bunch of the songs from this collection of rare B-sides, single versions, and unreleased cuts from Bowie’s early career did finally surface officially on Rykodisc’s reissues. If you are the type who doesn’t find a need to spend $100 or so to replace your vinyl LPs, though, this is a useful supplement to the late ’60s/early ’70s era, and the sound is barely any worse than it is on the digital versions. Contains notable single-only tracks like “Holy Holy,” “Conversation Piece,” and “The Prettiest Star,” as well as unreleased items like “London Bye Ta-Tay” and Bowie’s own version of “All the Young Dudes.” It does not include everything that didn’t show up on his early LPs (the B-side “Around and Around,” for instance, is missing), but it’s the best anthology of its type ever produced, official or otherwise. 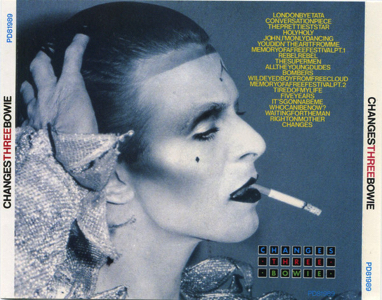 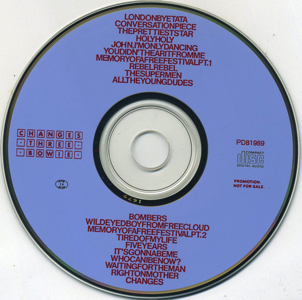