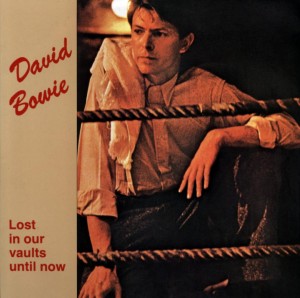 Studio Outtakes from Aladdin Sane
03. Tired of my Live Alad in Vain 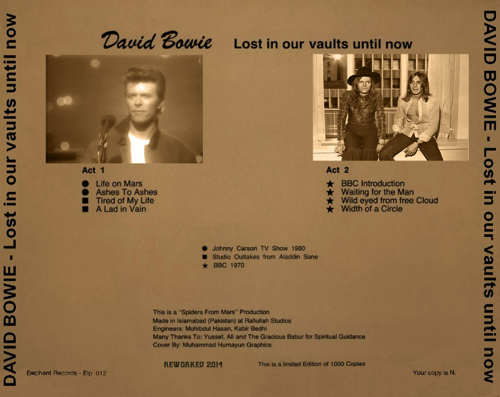 Review
Is nearly in mint-condition, you will hear nearly no crackles. If you read the songs on the back-cover, they are in wrong running order, they are pressed as noted above, but the cover mistakes 03+04 and 07+08, funny little gag that often happened with Bootleg-LPs in those times.
The sound quality of my transfer is way beyond any version I’ve heard before.

Declaration to ‘other’ : I planned to seed this record in the next days, had it recorded and then came Your seed…..but I think, as mine is a truly upgrade, You will like that I seed it so short after Yours. At least I hope You will not condemn me !