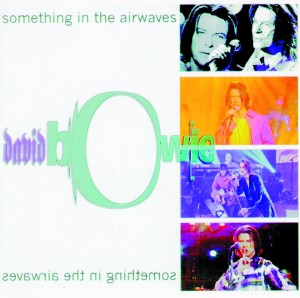 David Bowie Something In the Airwaves (A collection of TV & Radio performances 1999).
Sound Quality Rating

Nuille Part Ailleurs (Canal + TV) broadcast 26th November 1999 – (claimed to be from Nulle Part Ailleurs, but wasn’t played for that show. Perhaps from Elysée Montmartre on 14th October)
08. Survive
09. Repetition
10. Something In The Air
11. Seven
12. Thursday’s Child
13. China Girl
14. The Pretty Things Are Going To Hell

A refreshing ‘compilation’ bootleg covering five appliances promoting the period Hours… album which has been recorded in typically excellent audio quality. Kicking off the set we get a nice version of the 80’s hit Ashes to Ashes and it’s good to finally hear a version of Rebel Rebel with out the cheesy ‘sha la la la la la’ soul backing bollocks on it. Also good to hear is Repetition which Bowie resurrected during the Hours period, it was an odd sort of track about wife beating which was by far the best track on the sloppy Lodger album, and a fairly good track in its own right. Gail Ann Dorsey played bass during these performances but didn’t provide vocals, which were left to another two performers who did a very solid job, and their softer and more ‘typically feminine’voices helped to create a sound which was more akin to the Hours album. 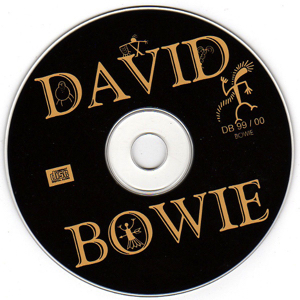