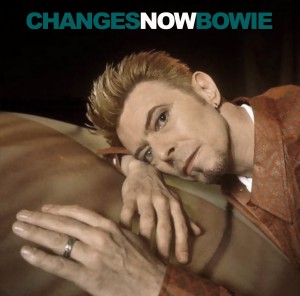 While rehearsing for his 50th birthday spectacle at Madison Square Garden, Bowie recorded a few songs for a BBC broadcast to be aired on his birthday. With only Gail Ann Dorsey and Reeves Gabrels accompanying him (with some keyboards and drums added later by Mark Plati), he went through an inspired set, ranging across three decades. It was, for me, a finer celebration of his life than the at-times overblown Madison Garden show.
“ChangesNowBowie,” BBC Radio One, aired 8 January 1997 (recorded ca. 4-6 January 1997).