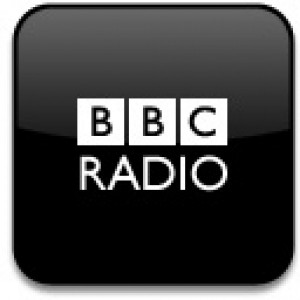 ‘Unwashed And Somewhat Slightly Dazed’ and ‘Janine’ were repeated on the 05-02-70 show, but the latter versions are easily separated by the applause of the audience.

‘Let Me Sleep Beside You’ and an accompanying short interview with Brian Mathew (both featured on the “Bowie At The Beeb” broadcast) have been issued on the BBC Sessions 1969-1972 Sampler. The complete session, taken from the unreleased NMC BBC 3CD set, has appeared on Kiss The Viper’s Fang (EDB 002).

The official Bowie At The Beeb CD has the same interview plus ‘Let Me Sleep Beside You’ and ‘Janine’. In 2009, the entire session was included on the 40th Anniversary Edition of Space Oddity.

BM: David the record which you have in er the charts in Britain at the moment is… undoubtedly your biggest success to date isn’t it?

DB: My only success to date.

BM: (laughs) Well I wouldn’t of said that.

BM: But tell us a little bit about it was it er, was it planned a long time ago or is it fairly recent?

DB: Er most people presumed that it was written because of, or anticipating the space shot, but in fact it was started last November, and the recording of it was started last December and it was finally finished in June, after which it was released within three weeks which was very good going.

BM: Right er now you’re not doing it in the studio…

DB: We’d need about five orchestras to get the… the right sound I think.

BM: (laughs) Yeah that could be true.

BM: Do you do a… er a live version of it when you’re travelling around?

BM: And not with your little electronic gadget.

DB: Yes I use that thing.

BM: Well we ought not to really.

BM: Have you got anything that you are doing in today’s programme that is not on record?

DB: Oh yeah. We’ve got er a number that we dug up today, erm… which was written about four years ago and I… it hasn’t been out of the house… it’s the first airing it’s ever had anywhere.

BM: Why was it not recorded?

DB: Er well… my mother thought the lyrics were dirty so…

DB: Very ethereal… er Let Me Sleep Beside You.

(‘Let Me Sleep Beside You’ performed, followed by ‘Unwashed And Somewhat Slightly Dazed’).

Introduction to ‘Janine’ over the opening bars…

BM: OK just one more from David Bowie it’s called Janine. And we must mention just one more time Juniors Eyes for a super session. Take it David…