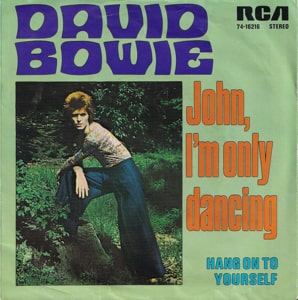 Tracklist
side A. John, I’m Only Dancing 2:42
Producer – David Bowie
A Mainman Production

side B. Hang On To Yourself 2:40
Producer – David Bowie, Ken Scott
A Gem Production.