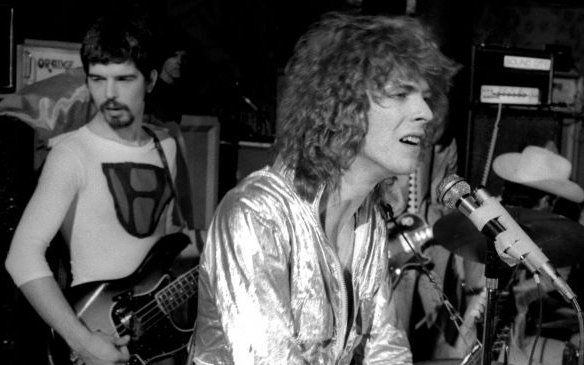 At the end of a year that saw so many musical giants pass, Tony Visconti has been shedding some light on the nuts and bolts of his working relationship with perhaps the brightest star to leave the stage, David Bowie.

After being unveiled as joint winner with Bowie of MusicRadar’s producer of the year vote for his work on the latter’s Blackstar album, Visconti spoke to the official Bowie website.

“We were always a very intuitive team,” said Visconti. “We almost read each other’s minds. A big part of production is pre-production and each album always started with meetings, phone calls and more recently with Facetime, David’s preferred method of remote communication.

“Many meetings took place at least six months before Blackstar was recorded. There were several demo sessions where my original bass parts were used for the final recordings of Blackstar and the Lazarus musical.

“It’s hard to say who did what, except that I play the more traditional role as in hands on recording, arranging, playing, singing backing vocals and mixing. David was, of course, a truly great ideas man. He was a great coach when I was playing or singing. He was a great coach to Donny McCaslin and the band.”

For more of this fascinating insight into the making of Blackstar, and other co-productions.