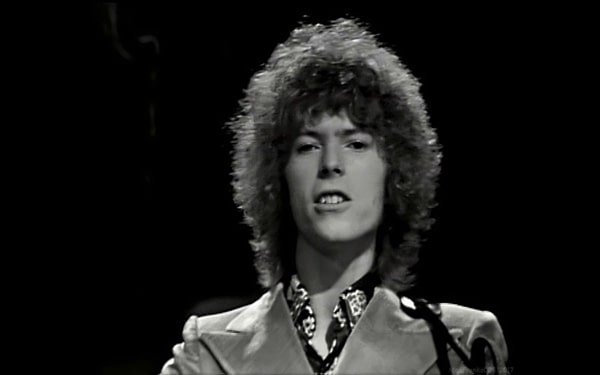 In the humble towns of East Riding in the green valleys of Yorkshire lives a man whose name not many in the wider world know, despite the fact that he helped to create one of the most important and best-loved songs in history.

In the mid-1960s David Bowie was a young man with a burgeoning desire to make an impact. The only thing that matched this internal search for seemingly predestined stardom was an uncompromising artistic will. Granted, many of the great artists of the counterculture movement refused to compromise artistically in favour of commercialism, but very few also had to harangue a distinct stem of otherworldliness into their oeuvre.

With this unique cacophony of paradoxical motives Bowie’s early attempts at making an impact were unmitigated failures. These failures were bolstered by an unflinching vision, but they were failures all the same and to everyone bar Bowie their fate seemed to be akin to the proverbial led balloon from the get-go.

One of these ill-conceived outings that Bowie inexplicably thought would launch him to superstardom was the experimental multimedia group Feathers. The project consisted of coupling strange folk-psychedelia songs with mime and dance in a flower-clad trio. Among that trio was Bowie’s first love, Hermione Farthingale (to whom ‘Letter to Hermione’ is dedicated), and John ‘Hutch’ Hutchinson.

Fate had previously brought Hutch and Bowie together through simple happenstance in 1966. A young Hutch left Scarborough behind and ventured to London, as so many did, with the figurative son on his back, a guitar under his arm, rambling forwards on a whim of the zeitgeist. He arrived, as most musicians did, in the famed Marquee Club where he inquired whether anyone was looking for a guitarist. It just so happened that Bowie was in need of a lead for his new backing band The Buzz. Sadly, for David Bowie and The Buzz, gigs dried up as audiences didn’t take to their strange songs and Hutch had to head home owing to a heavily malnourished wallet.

He saved up a little bit more and headed back down to London in 1969 forming Feathers with his old pal. Once Bowie split from Hermione and Feathers were over, Hutch and Bowie set out to be the next Simon & Garfunkel. During this period the duo forged an enduring friendship and crafted the masterpiece that is ‘Space Oddity’.

Bowie wrote all his own songs, but the kaleidoscopic melees of media that he crafted in his cacophonous brain had to be coaxed out with some sort of sonic coherence and transposed into music. This was where Hutch proved invaluable. Although Bowie was a gifted guitarist Hutch was better and he had enough experience with the jazzier chords to give Bowie the enigmatic sound that he desired.

Hutch roused the song to life in the ethereal sonic realm of major sevenths, seemingly befitting of lunar exploration and the launch-off unfurled from there. They somehow alchemically concocted the song from Bowie’s thought canyon and embellished it with a lassoed sprinkling of ether. Thus, right there in the humble setting of a damp-riddled London bedsit, Bowie’s bud that had so often wilted finally caught the right patch of sun and burst open like some phosphorescent flora that serendipitously crashed in from outer-space as a benevolent exonerator of narrow confines and banality. And Hutch, a humble young lad from Yorkshire, was not only there to witness it he helped harness the epiphanic glow.

The initial demo of the song has it crafted as a duet, whereby Hutch sings the role of ground control and Bowie takes on the eponymous Major Tom. It might sound a bit kicked about and in need of some air, but it could still make a naked mole rats hair stand on end and it certainly still jumps out as a sui generis incendiary attack on a mainstream that didn’t know or very much care about what it was missing.

Hutch would help Bowie out with riffs for several numbers and the pair would often demo songs of incandescent folk. Sadly, the fact that pursuing a career in music has never been a reliable engine of income once again played a part and Hutch had to head back home to Scarborough.

Flash forward a few months and Hutch is at his day job perched idly on a drawing desk when through an open window he inexplicably hears a guy singing “Ground control to Major Tom.” A dumbfounded Hutch fled from his desk and asked the fellow where he’d heard that song he was singing, “Oh it’s on the wireless lad,” was the response.

His buddy had made it! His celestial potential began to creep towards superlunary heights clinging to the tail of a rocket in a move that record producer Tony Visconti once called a gimmick. Granted it might have been gimmicky if it was called ‘Moon Rock Baby’ or something, but introspective reverie and obsolescence dread is a perfectly Bowie-Esque way to tag on to a commercial opportunity and disavow it with sagacious flair. Hutch returned to his desk basking in the sanguine glow of the realisation that his friend finally had a hit… with maybe a slight touch of ‘if only’ zesting the sweet spiritual honey of hearing ‘Space Oddity’ with a proverbial squeeze of bitter lemon.

Bowie would call on Hutch’s services for tours along the line and the pair remained friends. You can check out the early demo version below.