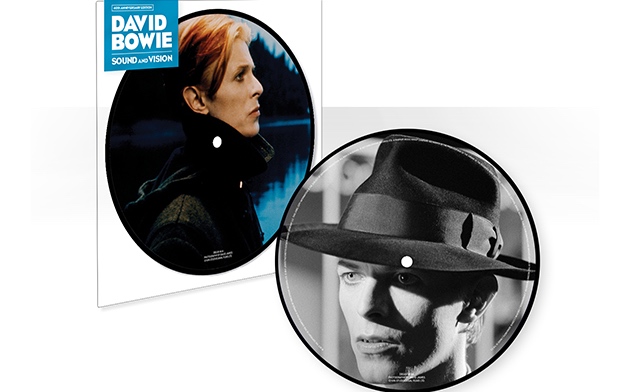 As the one-year anniversary of David Bowie’s death approaches, details have been unveiled about the latest installment of the influential singer’s series of limited-edition 40th anniversary vinyl picture discs.

The new disc, which will be released on February 10, will feature two versions of Bowie’s 1977 gem “Sound and Vision.”

The A side features a newly remastered version of the original song, which was the first single from David’s acclaimed 1977 album Low and was a #3 hit in the U.K. The track was co-produced by Bowie and Tony Visconti and boasts backing vocals by Brian Eno and Mary Hopkin, who was married to Visconti at the time.

The AA side of the disc features a previously unreleased 2013 remix of the tune that was done by producer Sonjay Prabhakar for a commercial for the Sony Experia Z smartphone. The track features Bowie’s original lead vocal and Hopkin’s backing vocal, accompanied only by a new piano part.

Both sides of the picture disc features different images of Bowie taken while he was filming the 1976 movie The Man Who Fell to Earth.