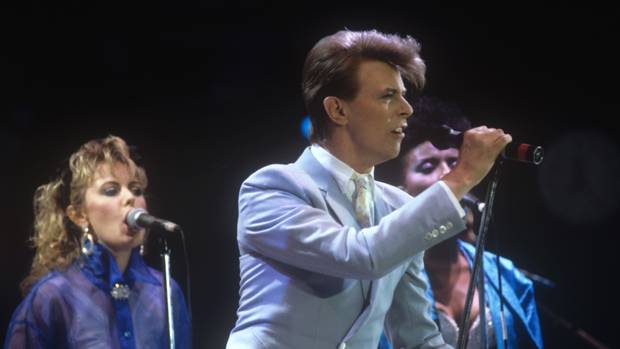 Laura Mvula, Marc Almond and John Cale will lead the line-up of musicians paying tribute to David Bowie at the Proms.

A special Bowie Prom is being held as part of the Late Night BBC Proms on July 29, with performers from all genres coming together to perform the late music hero’s hits.
Other acts confirmed to perform include Amanda Palmer, Anna Calvi, Paul Buchanan, Conor O’Brien and counter-tenor Philippe Jaroussky.

Former Soft Cell singer Almond said: “For me David Bowie was a gateway to so many other artists, singers, musicians, performers, dancers and film makers. He helped me navigate a way through the cultural landscape of the 70s and through the turbulence of my adolescence.

“Re-imagining some of his works at the BBC Proms will be very special for me.”

Cale, who rose to fame as part of Velvet Underground, said: “There’s always been something unique about Bowie… Any artist who defies categorisation and thrives throughout – deserves every accolade and then some.

“From the beginning, until the very end, originality was his muse. It’s an honour to celebrate his work at the BBC Proms.”

Green Garden singer Mvula said: “Bowie was an artist who expressed himself without fear or restriction and it’s great to have a small part in honouring his legacy and celebrating his music.”

De Ridder is artistic director of stargaze, a Berlin-based collective of musicians, who will form the ensemble for the concert.

He said: “Growing up in Berlin in the 80s, Bowie’s time there – mythological already – was ‘before my time’, but I often walked past his house on Hauptstrasse, as people pointed it out to me. It was opposite my first teenage band’s practice space.

“I was naively curious about this artist, and his legendary concert in front of Berlin’s historic Reichstag, and next to the Berlin Wall, became my first open-air concert experience in 1987.

“The meaning and reach of that evening and his rendition of Heroes only revealed itself to me in the following years. To try and give something back in this way, to be involved, and celebrate him, is a most moving occasion for all of us.”

The Bowie Prom will be broadcast live on BBC Radio 3 and 6 Music, and shown on BBC Four.