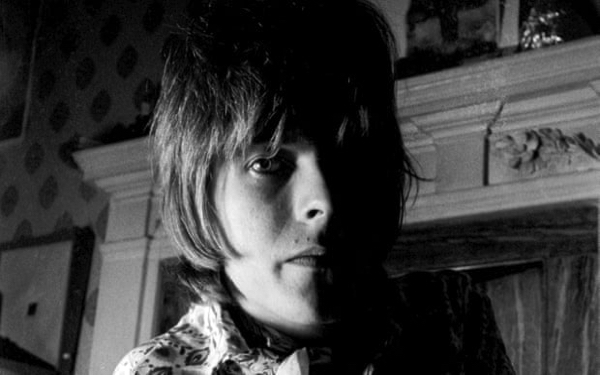 A reel-to-reel tape featuring three esoteric and previously unreleased David Bowie songs is to be auctioned at Omega Auctions in Merseyside town Newton-le-Willows on 21 May.

The tape is expected to sell for more than £10,000. It features four songs recorded in 1966 and 1967 that were earmarked for Bowie’s debut album, but ultimately rejected.

Another song, Did You Ever Have a Dream, has been released before, on the 1981 compilation Another Face.

The tracks date from a confused and often overlooked period of Bowie’s career, when he was blending vaudeville and music hall songs with the guitar-pop of swinging London. “I didn’t know if I was Max Miller or Elvis Presley,” Bowie once said – it wouldn’t be for another two years, and the release of Space Oddity, that Bowie’s glam rock persona would start to emerge.

Other unreleased songs from this era appeared in 2018 on the bootleg album Occasional Dreaming, and in April, Parlophone officially released Spying Through a Keyhole, a box set of seven-inch singles collecting rare late 1960s demos.

Support The Guardian from as little as €1 – and it only takes a minute. Thank you.