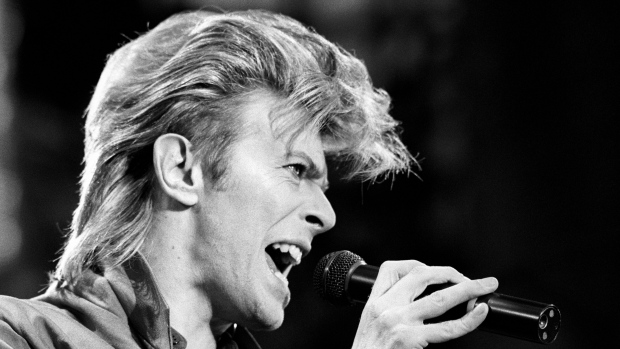 David Bowie imitate Springsteen, Neil Young, Lou Reed : Off all the David Bowie remembrances emerging online following the star’s death, this clip is one of the best testaments to the Starman’s chameleonic powers we’ve heard so far.

Saunders described these surreal studio sessions on his blog:

When the band was recording the backing tracks, Bowie would sing a “rough” vocal along with them and every one could have been the master — he had an amazing voice. But with every song, when he came to sing the vocal for real, he would sing one line at a time, stop, listen to it and then do the next.

At the end of the session, he broke into the impersonations and I realized that these might get erased at some point, so I quickly put a cassette in and hit “record.”

And thanks to Mark’s quick trigger finger thirty-odd years ago, mourning Bowie fans have another reason to smile today.