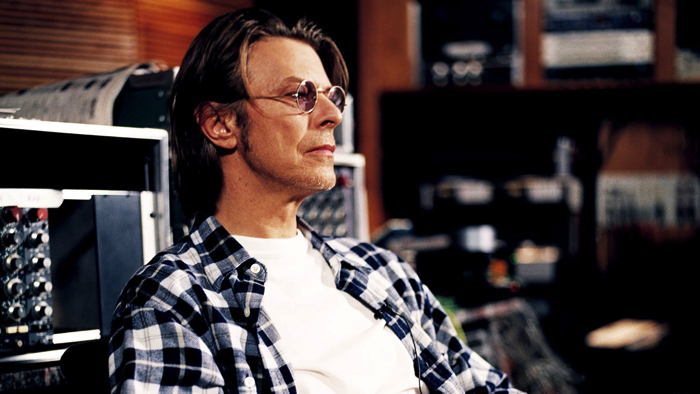 Read how the Internet and David Bowie’s changing perspectives on his own back catalog shaped ‘Hours…,’ the late icon’s 1999 LP

David Bowie was following a unique vision during the Nineties, but it was clear there wasn’t a mass audience for experimental albums like 1. Outside and Earthling. He had recently turned 50, so he started looking back on his career, aided by the then-primitive Internet. “I found all these sites that contained sound files of my material,” he said. “Before last year, I never listened to my own material. … But I really wanted to make sense of the stuff I’d written and its repercussions on what I’d write now. I didn’t want it to be a nostalgic type of sound, but to still have enough elements to throw you back.”

To accomplish this, he traveled to Bermuda with guitarist Reeves Gabrels, and together they began writing simple songs on keyboard and acoustic guitar. Some of the material was intended for the early video game Omikron the Nomad Soul, but they wound up with enough music for a new album as well. “I wanted to capture a kind of universal angst felt by many people my age,” Bowie said. “You could say that I am attempting to write some songs for my generation.”
The mournful, synth-washed opener, “Thursday’s Child,” sets the tone. “Thursday’s child is somebody that maybe felt he’d achieved anything that he was going to achieve in life,” said Bowie. “And that the way forward looked as bleak as much as his past.” The mood continued with the menacing soul of “Something in the Air” (“We can’t avoid the clash/The big mistake/Now we’re gonna pay and pay/The sentence of our lives”) and the heavy-metal glam-rock flashback “The Pretty Things Are Going to Hell.”
In a month when Limp Bizkit, Britney Spears and the Backstreet Boys all had albums in the Top 10, Hours… peaked at Number 47 on U.S. charts, with the distinction of being the first work by a major artist to debut as an Internet download before it was physically released. Yet Bowie was already planning his next step: his first album to be produced by Tony Visconti since 1980.
“Tony and I are very excited because we don’t know what it’s going to be like,” Bowie said at the time. “I think I’ll put it back into experimental mode again, but who knows?”