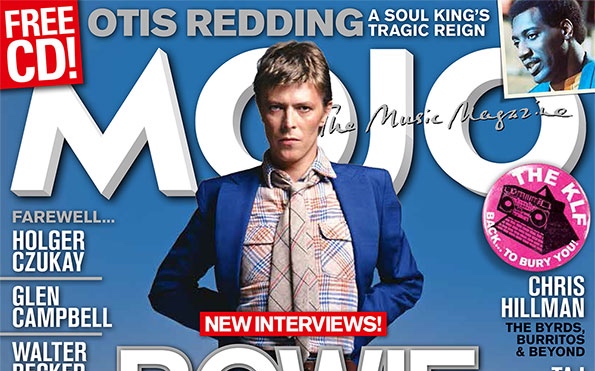 Exclusive: Carlos Alomar on Bowie’s Berlin “sadness”; Tony Visconti on the resurrection of Lodger, in the MOJO magazine out in the UK from Tuesday, September 26.

DAVID BOWIE ALWAYS HAD a problem with Lodger. “We both felt the mix sounded thin and muddy,” producer Tony Visconti tells MOJO’s Mark Paytress in the new MOJO magazine, in UK stores from Tuesday, September 26. “David and I always said we’d remix it one day. But like a thousand other projects, it never manifested.”

But during the spring of 2015, between work on Bowie’s final album, Blackstar, Visconti revived a long-cherished project to revitalise the oft-underestimated last instalment of “The Berlin Trilogy” (actually recorded in what Visconti describes as the “very unsexy” Montreux, Switzerland). The producer’s efforts have been rewarded with star billing in the new multi-disc box set David Bowie: A New Career In A New Town [1977-1982] and, more importantly his late employer’s own delight and approval.

“As soon as David heard the tom fills at the start of Fantastic Voyage,” says Visconti, “a big smile broke out on his face. Then the special effects that were never there before. The reverb on his vocal. The guitar sound. He was so happy.”

The full story of Lodger – its construction in exile, experimental excursions and crazy cover photo session – can be enjoyed in MOJO 288, along with new perspectives on Bowie’s Berlin period from Visconti, guitarist Carlos Alomar and Hansa Studios engineer Eduard Meyer. But among the tall tales of sleazy fun in the divided city’s bohemian demi-monde, there are more sobering insights.

“It was a very sad period for David,” says Carlos Alomar. “I don’t want to put it in some glamorous place. He was fighting for his marriage, his son; his business was horrible, the touring exhausting and taking every bit of money that he had… Nobody looks at the loneliness.”

Free with the new MOJO magazine:

A 15-track covermounted CD, Neu Decade, celebrating the music that fed into Bowie’s Euro-exile – including Can, Cluster, Popol Vuh and Michael Rother.

Also in the issue:

FIND OUT MORE ABOUT MOJO 288

OR HAVE A COPY SENT STRAIGHT TO YOUR HOME!