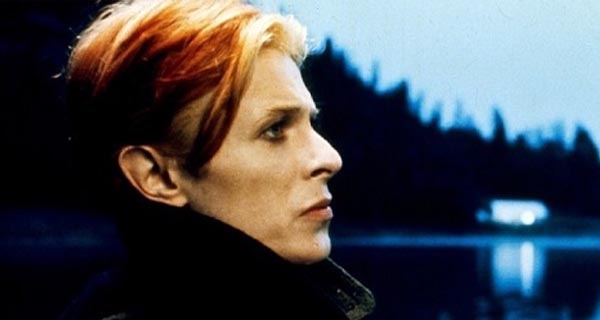 Based on cult 70’s film The Man Who Fell to Earth, Lazarus is a collaboration with Tony-winner Enda Walsh and will launch off-Broadway this winter

“This is another dimension of David Bowie,” intones the booming voiceover of the trailer to the musician’s 1976 film The Man Who Fell to Earth, going on to describe him as “one of the few true originals of our time” and insisting “nothing you have seen or heard about [Bowie] will prepare you”.

Almost four decades after that film marked his movie debut, the singer, songwriter, multi-instrumentalist, producer, actor and artist has revealed yet another surprising new dimension, with the announcement on Thursday that he is working on a new stage musical version of the same sci-fi horror story.

Bowie will collaborate with the Irish playwright Enda Walsh for the musical, inspired by Walter Tevis’s disturbing 1963 sci-fi novel The Man Who Fell to Earth, the New York Theater Workshop announced. The production, to be entitled Lazarus, will feature new Bowie songs as well as new arrangements of some of the music used in Nicolas Roeg’s cult film and will centre on the figure of Thomas Newton, the alien who comes to earth from the planet Anthea to find a way of saving his own people. Disappointingly for fans, however, the musician will not be reprising his role as Newton.

Having kept the project secret for so long, its key protagonists were reluctant to reveal much more on Thursday: Bowie’s spokesperson would confirm only that he was involved in the project, while Walsh, who won a Tony award for the stage version of Once, another musical adaption of a film, declined to comment when contacted by the Guardian.

Speaking to the New York Times, James Nicola, the artistic director of the New York Theater Workshop, said the project had secretly been in development for some years, though he was not sure whether calling it a “musical” was the most appropriate term. “It’s going to be a play with characters and songs – I’m calling it music theatre, but I don’t really know what it’s going to be like,” he said. “I just have incredible trust in their creative vision.”

He said that the original idea to work on a theatrical version of Tevis’s novel had been Bowie’s, and that he had approached Ivo van Hove, an avant-garde director from the Netherlands whose Dutch-language production of Angels in America in the city last year used some of Bowie’s music.

It was Van Hove, said Nicola, who had brought in Walsh and the Off Broadway theatre. “I’m really excited about it,” he said. “These are three very different sensibilities to be colliding.” Van Hove’s stripped back production of A View from a Bridge is currently in the West End after transferring from the Young Vic last year, where it received rapturous reviews.

This is the second time in just over two years that the 68-year-old Bowie has shocked his fans with the announcement of new work, after he released, abruptly and without the smallest hint of its existence, a new album, The Next Day, in January 2013, years after many critics had assumed he had retired.

The new project is not Bowie’s first involvement with the New York stage. In 1980 he spent three months playing the role of the Elephant Man on Broadway, for which he won rave reviews. But the announcement that 35 years later he was return to the city’s theatre district had provoked similar astonishment, the Village Voice’s theatre critic Alexis Solokoski said.

“I saw the email this morning and I was incredibly excited. I had not heard any rumours of this, it took me completely by surprise, and I think it’s fabulous,” she told the Guardian.

The involvement of Van Hove made the project particularly fascinating, she said. “If you look at his work it can be chilly, it can have an enormous emotional impact, but the style is very cool, and I think that makes him such an interesting fit for this property. It could be a risk in some ways, but, gosh – what an exciting prospect.”

The Broadway acclaim for the Talking Heads frontman David Byrne’s musical about Imelda Marcos, Here Lies Love, might have inspired or emboldened Bowie and his collaborators, she said, along with the success of Once, which was also staged by the New York Theater Workshop. “So they have shown they can take another film property with music and make it really alive for the stage.”

Bowie’s involvement in the musical would not in itself guarantee success, she said, as the closure in January of Sting’s Broadway musical The Last Ship, after a run of only three months, illustrated. Other celebrity-led projects have been successful, such as Cindy Lauper’s Kinky Boots, which won a Tony, but a celebrity name alone was not enough, said Solokoski.

“The story also has to be there. The problem with the Sting musical was there were two or three stories it was trying to tell at the same time. This is a story that already exists. Sting’s contribution I thought was terrific, the songs were great, but you need a story.”

It also helped, she said, that unlike the Sting project, Lazarus was being staged Off Broadway, where the production costs, and consequently the risk are considerably lower.

Performances of the production will begin in winter 2015, the theatre said.