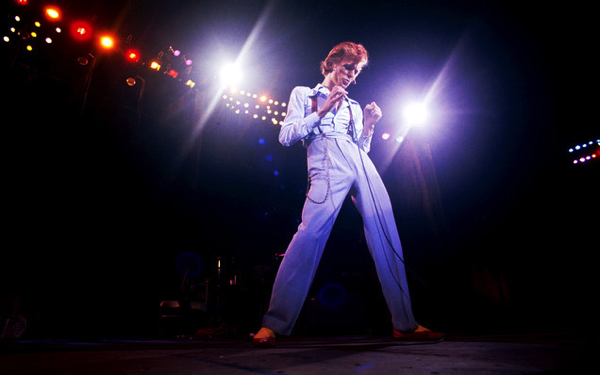 The David Bowie Is App does not easily to give up it’s video treasures. Eventually satisfactory ways were found to extract and enhance the material. And so, nabbed from an obscure corner of the App, here we have this awesome and complete Jean Genie performance, from the Diamond Dogs tour. The quality is not that great, but due to the utter scarcity ’74 live footage, any semi-decent scrap must be utilized. I was hoping that the official David Live album version of Jean Genie, recorded at the Tower Theater, would be a good match for the footage. But Bowie’s adlibbing is very different in the two versions, so a convincing sync was not possible. Still, it’s great to finally see this complete version of Bowie and backing vocalists, Gui Andrisano and Warren Peace put on a fun and quite brilliant bit of theater to the backing of the wonderfully reworked ‘74 version of Jean Genie.