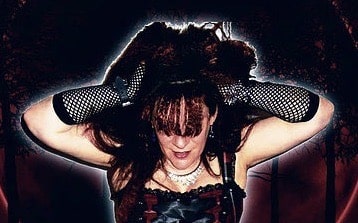 As you all know I am a huge Bowie fan. I am also a collector and run the David Bowie collector’s group on Facebook.

I have accepted I will never own everything many years ago, but I would like to own the official releases (funds allowing). I don’t need one of every country, I don’t need all the boots, I don’t even need all the coloured and splattered vinyl, although I do have a weakness for a nice colour. But I would like all the official releases. Sadly, there are gaps in my collection as I cannot afford the extortionate prices for a Starman picture disc (RSD) or a yellow Lets Dance from the exhibition in Australia. (and if anyone has one of these to sell at a reasonable price – please please contact me).

Since Bowie’s passing, the releases have been an interesting mix. I have enjoyed the big box sets such as five years and conversation piece (although overpriced on release) was a joy to own.

However, this most recent box set, Brilliant live adventures and not been brilliant at all. It has been a farce. Who on earth at Bowie HQ decided to not release the box set as a box set but to set it all off separately? Buying an empty box for £17? All that extra postage costs and for those outside of the country possibly tax costs too? I believe someone sold that empty box for hundreds – can you see the problem yet?

But the worst of this is the stress that comes with each release. Not knowing what day is stressful enough although we have had a heads up on the last couple of releases of BLA. Emails letting us know are often sent out after they were on the site and sold out. Fans are trying to find a pattern in the dates and times of release. It might be on a Friday around 2pm uk time as the last two have been. We knew that the last one would. Not the last release. Not Something In The Air. The day that went for pre-order, it was released just before 10am. What are they trying to do to us? Give us a heart attack? This coming Friday is the last in BLA. It’s anybody’s guess when it will go live to pre-order.

Why are the releases’ so very limited? Why are you making it so hard for Bowie fans to enjoy collecting? We love and support Bowie and the Bowie family/estate but something needs to be said about distribution and releases. It’s getting beyond a joke and many fans in my Facebook group have had enough. They do not want to keep buying if it is gong to be this much stress and hassle.

So, this blog is a warning to the people who are making these decisions. Stop it. Enough already. We want a release with easy access. We don’t want scammers to get their hands on them so that we have to pay ridiculous prices on eBay – and I don’t mean just double the price. Look at the cream Mother single that was released for David’s birthday. 1000 copies worldwide. Cost £13.99 to buy but sold out in less than 5 mins even if it was limited to one per order. They are now selling for over £200 on eBay. How ridiculous is that? It’s the same with RSD and the HMV equivalent – a blue Let’s Dance is ridiculous.

I don’t believe it’s the family members making these decisions – I don’t believe that at all. I think it’s a manager somewhere on the chain that is making these decisions to think they will make more money for the estate. I am sure they thought selling a box set individually was a great marketing idea and clapped themselves on the back for their genius. But it isn’t a great idea at all. What they are actually doing is alienating the fans. This is a huge mistake. They need to engage the fans and hear what they want and how to deliver it.

I have written this to ask why they have done this? To hope they have realised they made a mistake with how they released this latest box set and to ask for change. To hope that the next release will be a box set in a box that we can buy as one item and it not so limited that unless you are refreshing your browser every few minutes you will miss it and it will sell out. Some of us have to work and cannot keep doing this. Should that mean we miss out on ordering as you release so few? Why can’t you take pre-orders and just produce the amount that are pre-ordered? Bowie valued his fans and I am sure he would be concerned that so many fans are saying enough already. This is not just my opinion, but thousands of the fans in my collector’s group. Please make it easier for us to buy the latest release. Thank you.

text: Jasmine Storm ,It’s A Wonderful Life ,Reviewer, Blogger and views on everything!