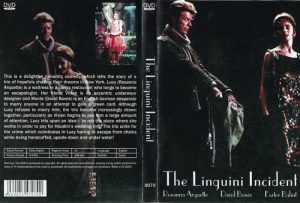 The Linguini Incident is a 1991 American comedic film set in New York starring David Bowie and Rosanna Arquette. The film was directed by Richard Shepard, who co-wrote the script with Tamar Brott. Marlee Matlin, Buck Henry and Iman co-star.
(5/5)

Plot:
A British bartender, Monte, wishes to marry a waitress at the restaurant he works at ostensibly so that he can get his green card. Waitress and aspiring escape artist, Lucy, and hopeful lingerie designer Vivian, wish to rob Monte’s and Lucy’s employer in order to fund their ambitions.
Monte agrees to help the duo rob the restaurant so long as Lucy marries him. While the robbery does not go precisely according to plan, the trio are successful. However, Lucy accidentally leaves Monte at the altar, causing him to lose a two million dollar bet with the restaurant owners that he could marry a waitress in a week.
In a Double or nothing scenario, Monte wagers Lucy’s skills as an escape artist. He tricks the women into playing along, claiming that the bosses found out about the robbery. The women appear to forgive him for lying about the circumstances of the escape performance. The two women rob the restaurant a second time. The relationship of the women and Monte remains ambiguous in the end.

Iman and Julian Lennon have brief cameos in the movie.

Release:
The movie was released to VHS in 1992.

Critical response:
Reviews of the movie were mostly negative. Empire magazine gave the movie one star out of five, calling it “an unbearably protracted dud”. Variety magazine called the movie an “uninspired, poverty row production” and lamented the miscasting of Bowie in the lead role. In contrast, Janet Maslin of The New York Times gave the film a positive review, and approved of Bowie’s casting. TV Guide gave the movie 2 stars out of 5. 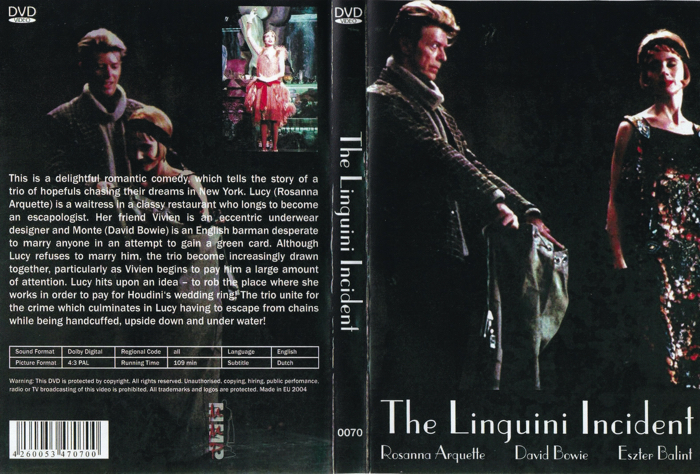