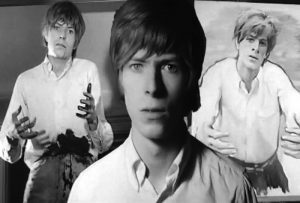 The Image is a 1969 black and white short film directed by Michael Armstrong with starring Michael Byrne and David Bowie in his first film role. The film is one of the few short films ever to receive a certified ‘X’ Rating and it gained this rating due to its violent content.