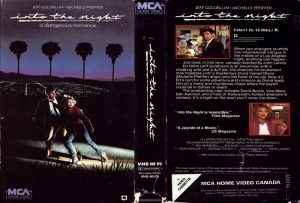 Into the Night is a 1985 American comedy-thriller film directed by John Landis, starring Jeff Goldblum and Michelle Pfeiffer. The film is notable for a large number of cameo appearances made by various filmmakers and directors, including Landis himself. The soundtrack features the songs “Into the Night”, “In the Midnight Hour” and “Lucille”, performed by B.B. King.

While making this picture, director Landis was still caught up in the controversy and legalities surrounding his previous release, Twilight Zone: The Movie (1983), during the filming of which a helicopter accident led to the deaths of Vic Morrow and two child actors. 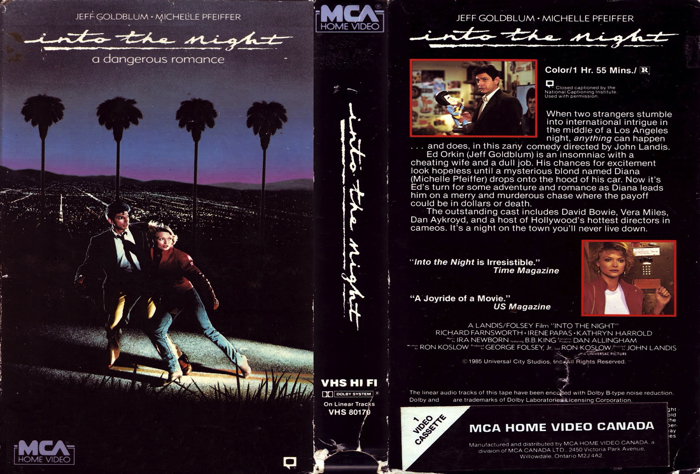