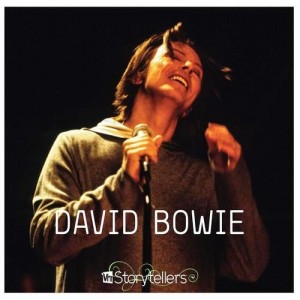 VH1 Storytellers is a live album by David Bowie. It was released on 6 July 2009 and features a 23 August 1999 performance on Storytellers, a VH1 program. The package contains an audio CD and a DVD of footage. The set list contains songs that spanned Bowie’s career up until that point, from the 1960s until his then-newest album ‘Hours…’ (1999).