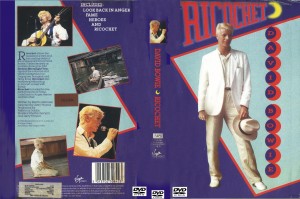 Notes:
Richochet allows the audience a rare and fascinating behind-the-scenes portrait of David Bowie. Filmed entirely on location during his 1983 Serious Moonlight Tour against the colourful and exotic background of Singapore, Bangkok and Hong Kong. Ricochet also features spellbinding in-concert scenes with Bowie. Ricochet includes live performances of Fame, Look Back In Anger, Heroes and Ricochet.

The live performances are recorded at the Coliseum in Hong Kong on December 8th 1983. 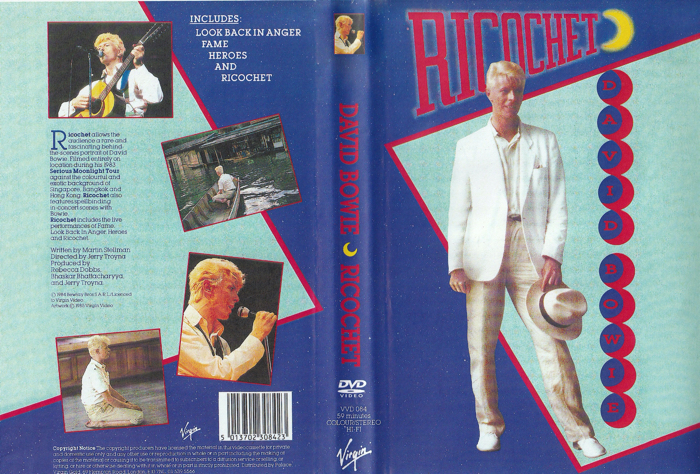