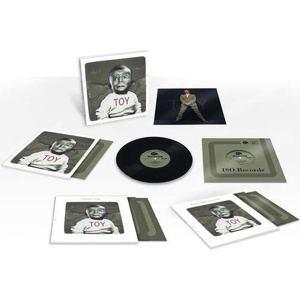 TOY:BOX is a special 3CD edition of the previously unreleased TOY album by David Bowie.

The ‘capture the moment’ approach of the recording sessions are extended to the sleeve artwork designed by Bowie featuring a photo of him as a baby with a contemporary face. The package also contains a 16-page book featuring previously unseen photographs by Frank Ockenfels 3.

Included in TOY:BOX is a second CD of alternative mixes and versions including proposed B-Sides, later mixes by Tony Visconti and the ‘Tibet Version’ of Silly Boy Blue featuring Philip Glass on piano and Moby on guitar. The third CD features ‘Unplugged & Somewhat Slightly Electric’ mixes of thirteen TOY tracks.