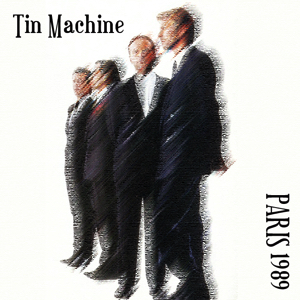 Tin Machine sounds better here than I remembered from their first album (I never bought the second), especially the cover of “Maggie’s Farm,” which I’ve never heard before.

By YogaforCynics on Nov 9, 2015
They also did a cover of Working Class Hero on the first album. They were a bit ahead of their time but the second album went nowhere. This was basically DB’s nadir, although he would come back and create some remarkable music the last 12 or so years. But will he ever tour again? Doubtful.

By Ian Theakston on Nov 9, 2015
I thought TM was a breakout for Bowie – liked it.. some people thought it was less than special – but DB was always the chameleon… thanks for sharing.

By Woodstock on Nov 10, 2015
I have to chime in and admit I thought Tin Machine were alright… just for that first album. It came after two utterly diabolical albums and the toe curling spectacles of “Labyrinth”, Glass Spider not to mention the Jagger duet… Bowie in the mid 80’s was plain bloody awful. Tin Machine was a welcome return to basics and there were some decent songs on there. So at the time it felt like a huge relief despite the pretentiousness of Bowie trying to be just another band member. Unfortunately they dragged it out with that live album and a second studio album which were too much of a muchness but I view Tin Machine as Bowie laying to rest the awful stuff he did in the 80’s, and making way for the 90’s. “Black Tie, White Noise” was a mixed affair but after that, he was doing some interesting stuff again.