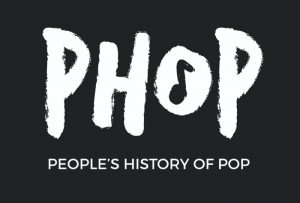 BBC Four today announces the commission of a prime-time television documentary series on popular music – The People’s History of Pop – and appeals to fans around the UK for their most precious, most personal and rarest music memorabilia.

The new four-part series will be independently produced by 7 Wonder, and will chart the UK’s popular music heritage from the 1950s to the noughties, over 40 years of incredible British music, through the eyes of music fans.

In partnership with Historypin (the user-generated digital archive of historical artefacts), music fans of all ages are being asked to upload photos, videos and audio of their rock and pop music memorabilia, performances and artefacts, with stories attached, to bbc.co.uk/peoplespop. This material will create a unique online archive that brings together the UK’s musical history. The series is looking for photos, badges, ticket stubs, fan club materials, gig programmes, annuals, teen diary entries, teen band recordings, wrist bands, rare footage, which will shape and define the series. Contributors who have submitted the most surprising, moving and rare material may be filmed to appear in the programme.

The People’s History Of Pop will be broadcast on Friday nights in April, July, September and November 2016, with each episode covering a decade, starting with the 60th anniversary year, 1956 – a year of skiffle and rock ‘n’ roll when the countries love affair with British pop music began. Each episode will feature an evocative collage of memories in the form of unseen video, images and audio. The series will journey through Ready, Steady, Go, The Beatles final gig in 1966, Northern Soul in Wigan, Black Sabbath, Sex Pistols’ first gig at Central St Martins’ in 1975, 100 Club’s Punk Festival in 1976, New Romantics at Birmingham’s Rum Runner nightclub, Factory Records, through to 1996 and Blur vs Oasis and the global Spice Girls explosion.

Jan Younghusband, Head of Commissioning, Music TV says: “This is an exciting new lens on music history for BBC Four, telling the story of popular music through the eyes and ears of the fans and musicians who were there and gathering stories through memorabilia.”

Steve Condie, Executive Producer, 7 Wonder says: “We have seen lots of documentaries that celebrate our amazing pop and rock artists, but PHOP is telling the story of our musical genius from another point of view – that of the fans for whom this meant so much. With our call out for musical memories and memorabilia and our innovative website, we are making a new kind of social history programme and offering everyone a chance to share their part in the musical brilliance which is one of Britain’s greatest achievements.”

Cassian Harrison, Editor, BBC Four says: “BBC Four has always been the home of quality music documentaries which have over the years gathered a passionate audience. In 2016 I am looking forward to getting even closer to our music fans and hearing directly from them. This fantastic new series and initiative is a great way of doing just that.”

Breandán Knowlton, Executive Director, Historypin, says: “There’s something crazy and powerful about our musical memories. Think back to what was playing at your first festival, at your wedding, at that awkward teenage dance. Everyone has memories to share, and we’re looking forward to seeing yours on Historypin.”

BBC Four is the home of music programming and the home of the BBC Proms on UK television with talent, scale and depth at the heart of its remit. In 2014 Country Legends: Nashville and Beyond explored the rich history of country music, and the three-part television series Oh You Pretty Things! explored the relationship between British rock and pop music and fashion. Composer and musician Neil Brand presented Sound Of Song, a three-part series which explored the magical elements that come together to create our favourite songs. Earlier this year, a three-part documentary series, Rock ‘n’ Roll America, explored the roots of rock music in the USA. The UK’s Best Part-time Band is a nationwide search for the best non-professional bands in this country, also to be broadcast in 2016.