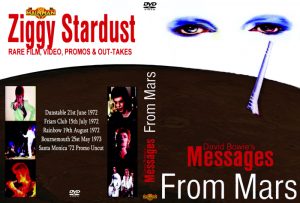 “This is essentially the Mick Rock footage as per the Visionary Spirit dvd, but the correct songs have been dubbed to the appropriate footage. It’s not a perfect match, but when when it’s obvious Bowie is singing Starman or Ziggy you actually hear Starman and Ziggy. It also includes the full Ziggy Stardust promo with soundtrack from the Santa Monica show, plus Bournemouth 73, Lif On Mars and John, I’m Only Dancing out-takes etc.

I can add that I was surprised at how entertaining it was to see this DVD. The sound is fantastic, and the people that has made this has treated the material and presented it in the best possible way, i think. I prefer this to the Visionary Spirit-DVD!!” 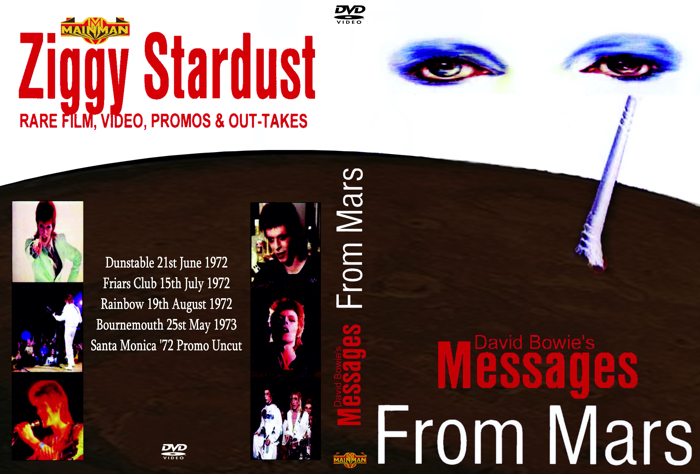