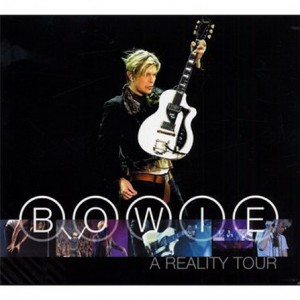 Disc 02. Loving the Alien [Acoustic Version] ,Battle for Britain (The Letter) ,She’ll Drive the Big Car ,The Loneliest Guy ,I’m Afraid of Americans ,”Heroes” ,Heathen (The Rays) ,21. Sound and Vision ,Be My Wife ,Fantastic Voyage ,Hang on to Yourself ,Suffragette City ,Ziggy Stardust

The entiry show was pretty good.
David was in good mood and the band was doing fine.
Quite fun was: Be My Wife – The Band did not do a well start to the song, David broke with the words “listen to Sterling” – they started again – but David did not get the right start either.
“This is a song from….,a long time ago ,it;s one of my first albums and it’s called The man Who Sold The World