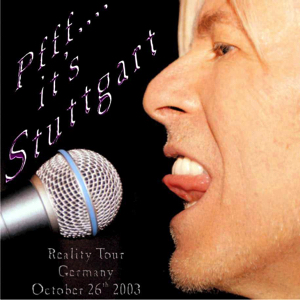 David Bowie’s A Reality Tour reached Stuttgart’s Hanns Martin Schleyer Halle in Germany last night. The main set was almost identical to the previous show in Zurich, but with the addition of She’ll Drive The Big Car, which, by all accounts had a new acoustic intro. Slip Away was omitted from the encore.

David was in fine voice and typically playful mood, announcing that he only intended to play a fifteen-minute set, and then counting down to announce the remaining time after each song, finally announcing the last song early on in the set… he’s such a wag.

After Fall Dog bombs the moon: “Thank You folks, it’s been a wonderful show tonight .Thank you very much ,see you the next time” 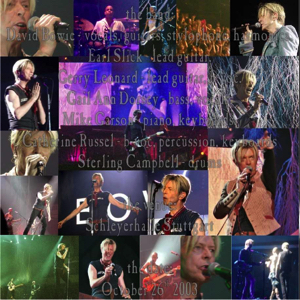 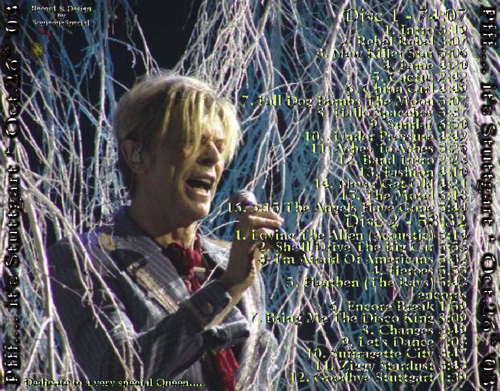