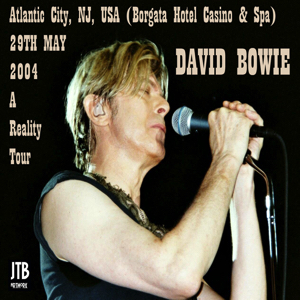 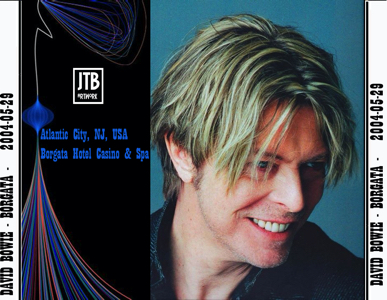 BY ANDY GREENE December 4, 2015 – RollingStone
When David Bowie launched his Reality Tour in the fall of 2003 it didn’t get a ton of attention. After all, he’d been on the road pretty steadily over the last three decades and his recent albums, despite being absolutely incredible, didn’t generate much commercial heat. The long tour began by hitting arenas in Europe, but when it came to America it alternated between theaters and smaller arenas. He simply wasn’t the draw he was in the 1970s and 1980s, even though he was putting on some of the best shows of his entire career.
Backed by a killer band that included Earl Slick, Spiders From Mars keyboardist Mike Garson and bassist/backing vocalist Gail Ann Dorsey, Bowie played stunning shows that drew equally from all eras of his career. Big hits like “Rebel Rebel,” “Heroes” and “Ziggy Stardust” were in regular rotation, but they also dug deep for tunes like “Win,” “Always Crashing in the Same Car,” ‘Fantastic Voyage” and “Loving the Alien.” New songs were introduced all the time, and Bowie seemed to have a great time. It all came to a crashing halt after Bowie underwent emergency heart surgery for a blocked artery following a show at the Hurricane Festival in Germany on June 25th, 2004. That was well over 11 years ago, and he hasn’t played a show since.
Less than a month before the tour came to a premature end, Bowie played a two-night stand at the Borgata Event Center in Atlantic City, New Jersey. The first show was packed with rarities, and one fan walked away with a remarkably clean audience tape that founds its way to YouTube (click to listen to the show). Here are the highlights:

#1:23:15 – “The Bewlay Brothers.” “Have we done this one?” Bowie asks his band. “Have we done this onstage? Once? We’ve only do this once. It’s so old that it’s older than I am, and I wrote it. I can’t remember so I’m going to read this one. With a bit of luck, this could be the ‘The Bewlay Brothers.’” The Hunky Dory song never surfaced again on the tour, meaning he’ll almost certainly never play it again. This one is about as rare as it gets.