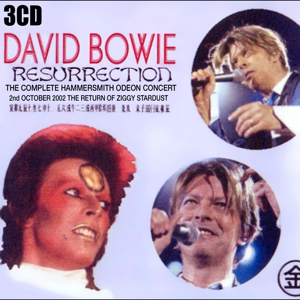 Recorded at the Hammersmith Odeon, 2nd October 2002 this is a very good Audience recording indeed.
The show is complete, and the Encores alone would be equivalent to the entire set on a lot of artists running to 12 songs and clocking in at over an hour in duration!

There is also a bonus set from a BBC session that has been previously available as both “Back At The Beeb” and “Back To The Beeb” from BBC Radio 2 In Concert, recorded at the BBC Maida Vale studios on 18th September 2002 and broadcast on the Jonathan Ross show. 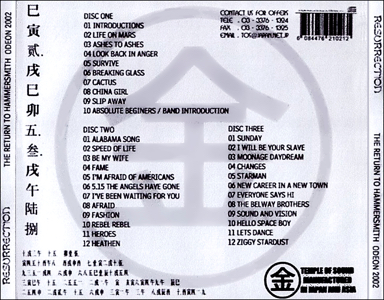 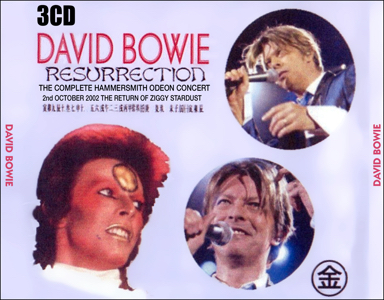