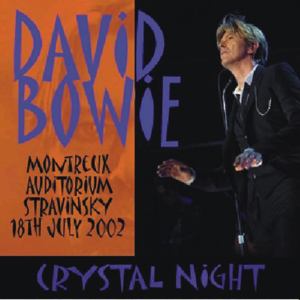 David Bowie 18.07.2002
Live at Auditorium Stravinski
If there is one artist who deserves to be described as a trailblazer and mythic figure of rock and pop, it’s definitely David Bowie. Like a chameleon, throughout his career he has never stopped reinventing himself and exploring new horizons. In his new work Heathen, he joins up again with his favourite producer Tony Visconti. Some see this as going back to the roots, the year of the thirtief anniversary of Ziggy Stardust. On the other hand, some see this as a way of expanding the borders of pop/rock even further. One thing for sure, at the age of 55, Bowie is just as high-spirited as ever. (FFJM © 2002)