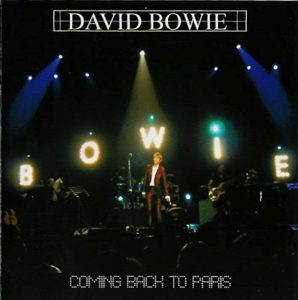 The sound on this is superb.Therefore, in my opinion it captures aurally the true excitement and elan of seeing Bowie live; you can almost touch the atmosphere and see in your mind’s eye this superb performer.
It comes alive on listening and Bowie and the band are on fire. He also seems to be enjoying himself immensely, which adds to the feel, and throughout he joshes and teases the band. An especially, humorous section has Bowie riffing with Gail Ann Dorsey of having had, ”Plenty of French”, as the concert is in Paris.
Some people may not get this but in the past when people where less open about sex this was code for oral sex or could it be that Bowie is just alluding to some secrets in that he knows she’s has plenty of French lovers? Overall a fantastic bootleg, 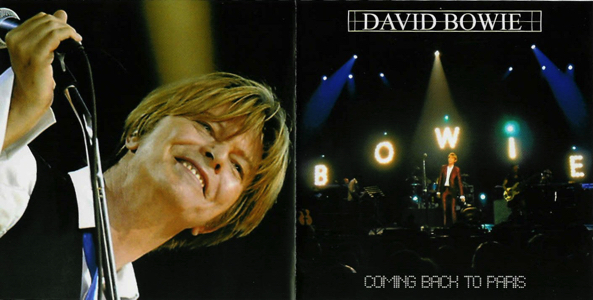 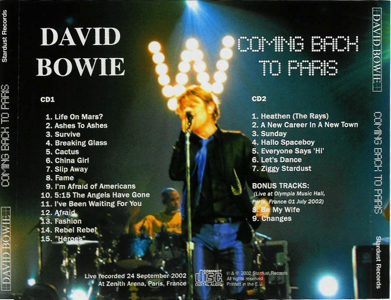