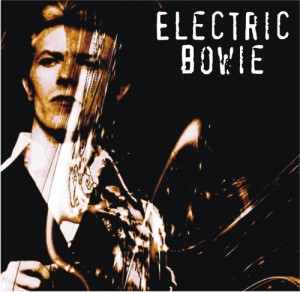 The 1st of 4 local “ballroom” shows performed during the writing and recording of the Earthling album in NYC.
The premiere of Little Wonder.

his is the lowest generation Cassette I’ve found of this show, its the same source transfer used for JBT’s “Electric Bowie”, which had some track splits inside the songs and had small gaps in the beginning of each track. This has been re-tracked and the gaps have been repaired.
The false start in Scary Monsters is because Gail comes unplugged. When everything is ready to go again, David says “Back to work.”

There is a small cut in the beginning of Look Back In Anger where the mic comes unplugged and a tape flip in Baby Universal.

The recorder is paused during the encore applause, so the disc split is encores on disc 2.

The cut in LBiA has been cut out and merged together so that it sounds like a little skip, but the RAW track is in the Electric EXTRA folder.
If you use that one and burn to disc, you will need to re-align the sector boundaries or use a program that does it for you. 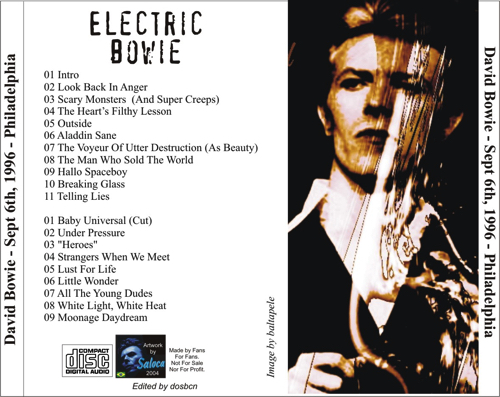