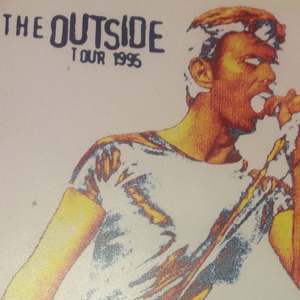 Notes:
A very good audience recording. There are a few spots where the HiFi audio drops out and the normal linear audio track is played, but they are only a couple seconds long each time. There isn’t a lot of dynamic range and it sounds pretty reverberated, but that’s to be expected from camera audio. The beginning of “Terrible Lie” is missing, “Breaking Glass” is missing a segment near the beginning, and “Nite Flights” has a small missing segment toward the end of the song, otherwise this seems to be a complete recording as far as I know – but I did not listen to much of the Bowie set.

I used a high end VCR to capture the HiFi audio track. I’d capture the video too, but my external time base corrector doesn’t like the NTSC signal output from my PAL VCR (which does play NTSC without a problem otherwise) and strips the color from the signal, so I need to wait until I buy an actual NTSC S-VHS VCR before I can properly transfer the video

Bowie, David and Nine Inch Nails Meadowlands, E. Rutherford, NJ 9/28/95
The David Bowie/Nine Inch Nails tour works pretty swell on paper. After all, Trent Reznor’s overblown Theatre Of Doom owes plenty to Bowie’s glammed-out dramatics in the early ’70s. And what is “THE DOWNWARD SPIRAL” if not the closest thing the ’90s will ever come to having it’s own “ZIGGY STARDUST?” Reznor and Bowie both specialize in constructing vivid worlds around the sounds they create, bloating their version of rock into euphorically massive proportions. It’s just hard to grasp the logic of Bowie’s decision to headline. After NIN’s characteristic bludgeoning of the senses, the Thin White Duke’s quiet cool seems as quaint as lighting a sparkler after an A-bomb explosion.