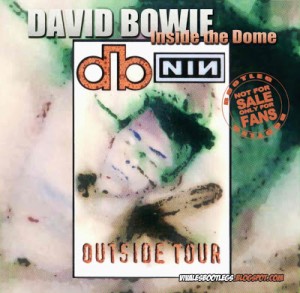 JEMS master recording. Excellent sounding recording capturing Bowie touring in support of his Outside album.
This was probably the peak of his electronica phase and features Nine Inch Nails on the first five tracks with Bowie trading vocals with Trent Reznor on the NIN classic Hurt along with electronica inspired reworkings of Bowie classics like Andy Warhol and The Man Who Sold The World.
This show also features the only performance of Thru’ These Architects Eyes on this tour. 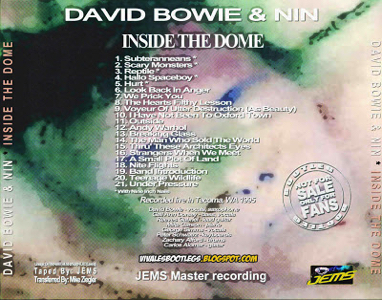