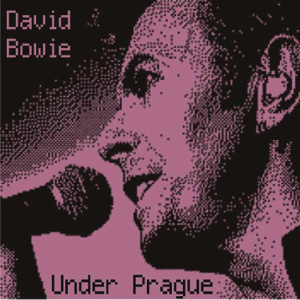 Label : No label
Audio Source : Audience recording
Lineage : Unknown
Taping Gear : Unknown
Taper: Unknown
Recording Location: Unknown
Total running time : 1:40:17
Sound Quality : very good. Equals record or radio/TV apart from a slight noise and some dullness.
Attendance : 16.000
Artwork : By Soloca 2004
Note : The sound is good? – it’s distant and furry in the first place, but also the taper seems to have an issue with his kit, so there’s a lot of clicking with the mic changing settings.

“I’ve a little voice problem this evening ,but I’ll continue” said David after the introduction